The Absolute Sound: The QP2R is a winner, pure and simple.

From The Absolute Sound by  Chris Martens

Serious headphone enthusiasts are by nature an inquisitive lot and so it happens that at industry gatherings such as the CanJam event held each year at the Rocky Mountain Audio Fest we do a lot of behind the scenes comparing of notes.

“What do you consider to be the best sounding DAP (digital audio player) you’ve heard thus far?” asked a trusted colleague from the Head-Fi world.

“I’ll tell you my favourite DAP if you’ll tell me yours,” I replied. “Deal?”

My colleague nodded his ascent and at the count of three we both said, more or less in unison, “the Questyle QP1R.” A big smile broke over my colleague’s face as he offered me a traditional fist-bump to celebrate our shared appreciation for a fine product. Now, however, Questyle Audio has released an identically sized but dramatically revamped new player called the QP2R , which promises even higher performance. 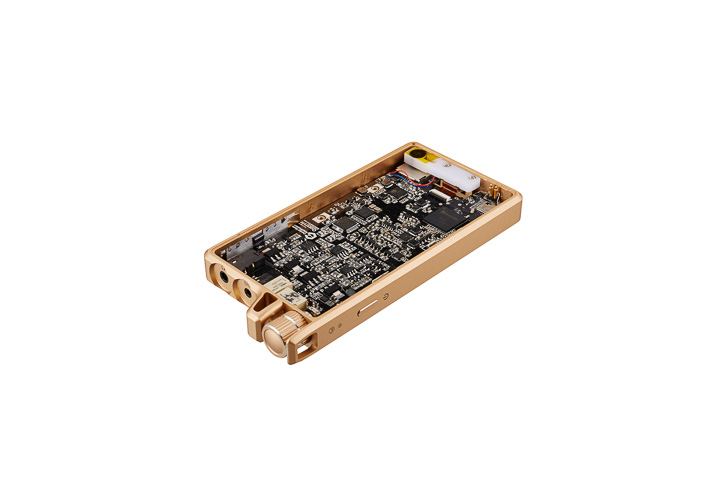 For those unfamiliar with Questyle Audio, the firm is a specialty high-end audio electronics manufacturer based in China and that is led by the gifted engineer Wang Fengshuo (or ‘Jason Wang’ in anglicised form). Wang is perhaps best known for his work in developing practical, very high performance current mode amplifiers. While some designers have used current mode amplification for individual low-level stages embedded within more traditional circuit designs, Wang Fengshuo has taken the concept much further to create products where current mode amplifiers can actually drive real-world earphone and headphone loads.

Is current mode amplification a big deal? Much as with pure Class A amplifiers, there is a certain sonic je nais sais quoi that adheres to current mode amplifiers enabling them to sound at once masterful and muscular beyond all proportion to their claimed power output. What is more, current mode amps seem largely unfazed by ‘tricky’ loads that can give lesser amps and DAPs fits.

The QP2R improves on the original QP1R in several key respects. First, it provides an all-discrete, fully balanced, pure Class A current mode amplifier and therefore offers both single-ended and balanced headphone outputs. Very high quality parts are used throughout, such as F95 tantalum and low-loss Panasonic thin-film audio capacitors. Like its predecessor, the QP2R provides user selectable low, medium, and high master gain settings while also providing a pure Class A bias control that let users choose standard or high bias settings, depending on the loads being driven. One further detail touch is a user programmable ‘DSD Gain compensation’ control that lets users apply a pre-determined amount of gain boost for DSD tracks, many of which are mastered at lower levels than their PCM counterparts. Unlike the QP1R, the new QP2R will be available with a soon-to-be-released, optional desktop docking station and associated remote control—items that together allow the QP2R to serve as compact, standalone front end for purposes of driving power amplifiers or active loudspeakers.

The DAC section of the QP2R takes big steps forward from the QP1R and is based on the well-regarded AKM AK4490 DAC chip. Accordingly, the QP2R can handle PCM files captured at 32kHz – 384kHz rates with 16/24/32-bit word depths; it can also handle DSD files at DSD64, DSD128, or DSD256 resolution levels (DSD64 files are handled with DSD native decoding).

At the foot of the unit is a USB Type-C port that provides both charging and data transfer functions, plus a card slot for installing an external Micro SD memory card with maximum capacity of up to 200GB. Some might lament the fact that the QP2R now supports only one Micro SD card whereas the QP1R supported two, but that is the price to be paid for the QP2Rs fully balanced amplifiers, which take up extra space. Happily, internal storage for the QP2R is a generous 64GB (twice the capacity of the QP1R). 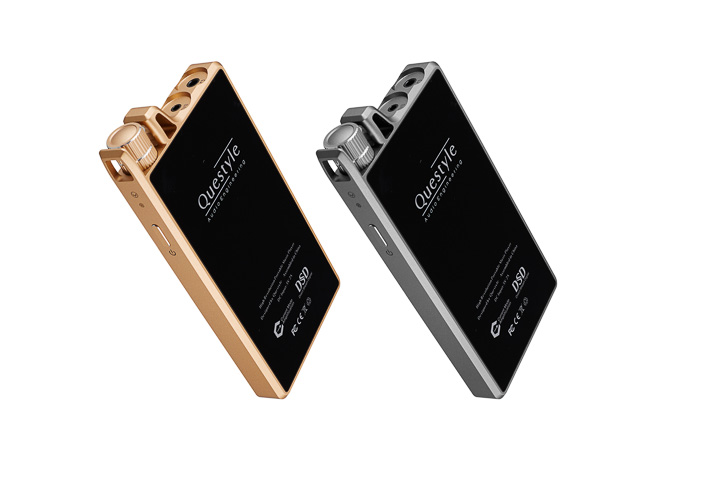 I/O and control options for the QP2R are blessedly simple. Up top, the QP2R sports a combo 3.5mm single-ended headphone output/3.5mm optical output jack, a 2.5mm balanced headphone output jack, and a well-protected volume control knob. The left side of the unit features three control buttons providing track forward, track backward, and play/pause functions, while the right side incorporates a master on/off switch and a tiny indicator lamp to show when high bias is selected.

The QP2R chassis is made of CNC-machined, bead-blasted, anodised aluminium with impact-resistant Gorilla Glass front and back panels. Behind that front panel is a colour IPS 2.4-inch Sharp LCM screen with, four touch-sensitive controls surrounding a centrally positioned multi-function metal touch-button and a matching, hyper-precise control wheel whose indexed mechanism is the subject of multiple patents. Together, the controls respond to users’ inputs in a crisp, surefooted, but also quite luxurious way.

Powering the QP2R is a 3,100mAh 3.7V lithium-polymer battery yielding about 10 hours of playing time (depending on gain and bias settings chosen). Questyle says the QP2R features a “1GHz, high performance and low power processor,” running under Linux OS, which Questyle claims has “inherent advantages on performance and stability over Android.” The setup and control menu for the QP2R is more flexible yet sufficiently intuitive that tech-savvy enthusiasts might master it without reading the manual.

I should mention that the QP2R is, like most of Questyle components, built by Foxconn—a rigorously quality-minded firm best known as the builder of Apple’s iPhones. That same Apple-like sense of deep attention paid to even the smallest details of fit and finish helps give the QP2R an aura of refinement few competitors can match.

For my listening tests I used the QP2R to drive a range of earphones and headphones including Westone ES60 CIEMs and W80 universal fit earphones, plus MrSpeakers ETHER Flow and ETHER C planar magnetic headphones. Two of the most important questions were whether the QP2R sounds different to the QP1R and if so, in what ways.

From the outset, the QP2R exhibited a far more finely resolved and sharply focused presentation than the QP1R, while preserving the at once sophisticated and yet pleasingly muscular and organic sound for which Questyle current mode amplifiers are known. Where the QP1R sounds like a very well executed portable digital audio player, the QP2R instead sounds like something more, with a sound reminiscent of Questyle’s larger and more costly full-size tabletop units such as the CMA600i or CMA880i headphone amp/DACs.

To appreciate what I mean by this, just listen to Miles Davis’ ‘Right Off’ from A Tribute to Jack Johnson [Columbia, DSD64]. In particular, note how the QP2R captures the almost fiercely textured snarl of the electric bass, the propulsive energy of the ride cymbal (and other percussion instruments), the wild and deliberately oversaturated sound of the electric guitar and keyboards, and of course the smouldering glow of Davis’ horn. You just don’t get such an intense and vivid presentation with most DAPs, but the QP2R really delivers the goods.

Three sonic treats not to be missed are the sonic effects of the QP2R’s gain and bias control switches and of its balanced outputs. Together, these features allow users to fine-tune the QP2R for a more authoritative and sharply defined presentation. For example, I set the QP2R in high gain mode and switched between standard and high bias settings while driving the MrSpeakers ETHER Flows and found the high bias setting unlocked welcome additional layers of harmonic richness and three-dimensionality. Likewise, I ran the QP2R in low gain mode, with high bias engaged, and with balanced outputs driving my Westone W80 earphones and was rewarded with perhaps the most open, airy, and articulate sound I’ve yet heard from those earphones. A little experimentation can pay substantial sonic dividends.

The QP2R is a winner, pure and simple. While it is not quite powerful enough to drive the latest generation of low-sensitivity planar magnetics, it can drive most everything else with telling results. It offers sound quality competitive with many premium desktop headphone amp/DACs, but at a lower price point and in a compact, pocket-sized package. Enthusiastically recommended.

Qp2r
HEADPHONE.GURU: The QP2R will make the best of what you pair with it! Highly recommended!Back to QP2R

HEADPHONE.GURU: The QP2R will make the best of what you pair with it! Highly recommended!

Audio Primate: The sound is velvety smooth, but still vibrant, and plays well across most genres.